- October 18, 2020
October is a phenomenal month for birding, where the unexpected is somewhat expected but in what form is down to the birding gods.  The Rufous-tailed Bush Robin was first reported on Saturday morning - wholly unexpected - an absence from the UK of around forty years demonstrates just how scarce this species is.  I'd tried to prise them out in Spain in the past with no success - they're not easy to find and are relatively scarce breeders across the Iberian Peninsular.
Heading back from Scillies on the Saturday, an early alarm call and I was on my way to Stiffkey for first light.
A fair sized group had already congregated in an area of arable immediately west of the car park.  Thankfully the bird was still present feeding amongst the stubble and short scrub along the field margin.  The long rufous tail was conspicuous in the low morning light - rising and dipping as it scampered around picking off small inverts.  It was damp and very gloomy on the Norfolk coast. 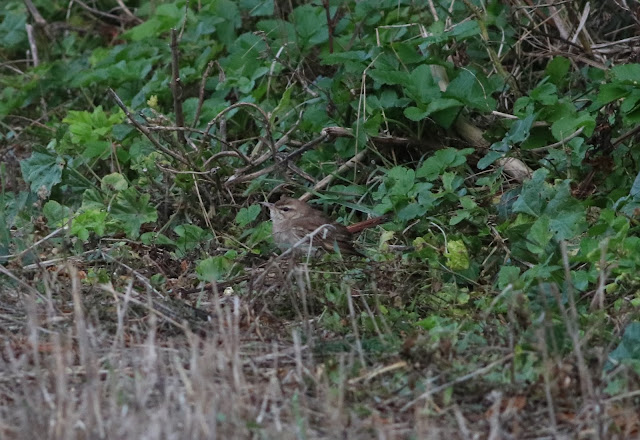 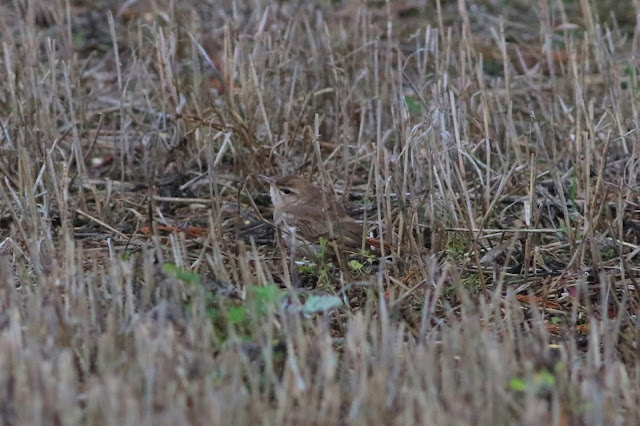 A really satisfying morning was enhanced further by a Red-flanked Bluetail at Holme.  Despite reports of at least three there, they were difficult to see but one at least chose to move closer in to the viewing area before being typically chased off by a Robin.  A Brambling flew past there and Redwing and Fieldfare were heading in off the sea in a steady stream.  Eastern coastlines really are magical at this time of year.
Heading over to Thornham where the Pallas's Warbler showed well on occasions but was typically flighty and mobile, moving about the marram grass and coastal bushes.  A fantastic sight - particularly in flight where that emerald rump glowed as it zipped into refuge being chased down by birders trying desperately to grab a photo. 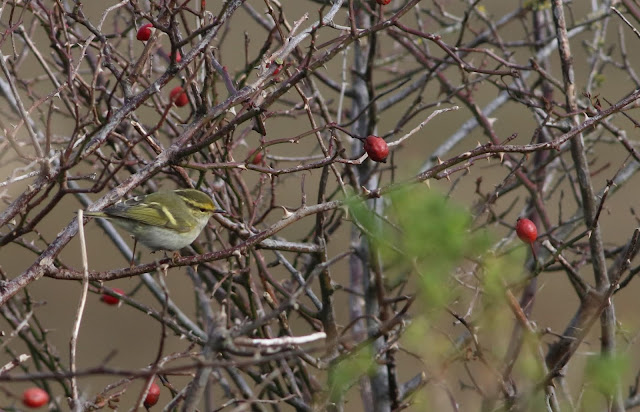 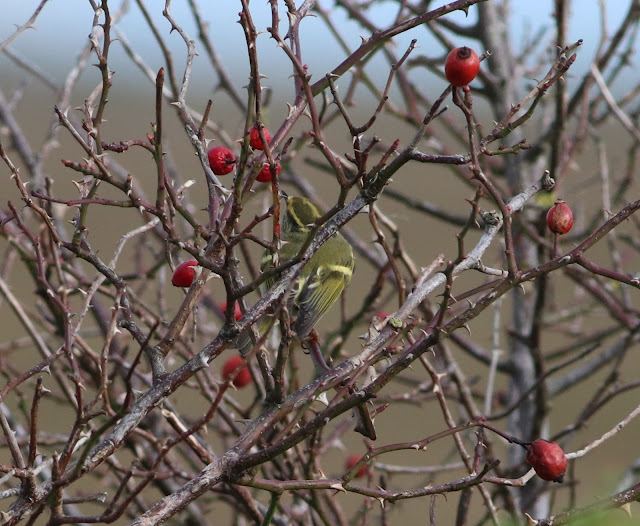 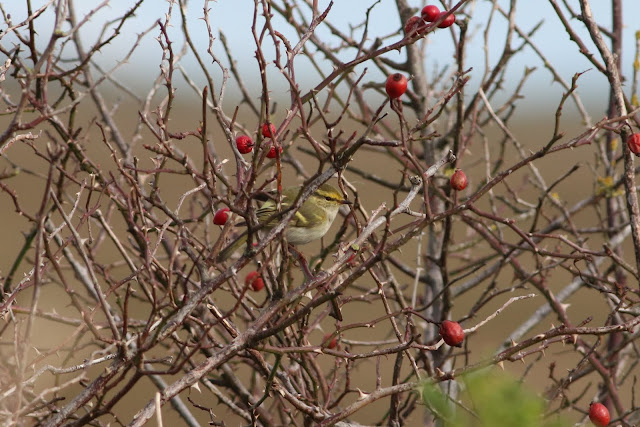 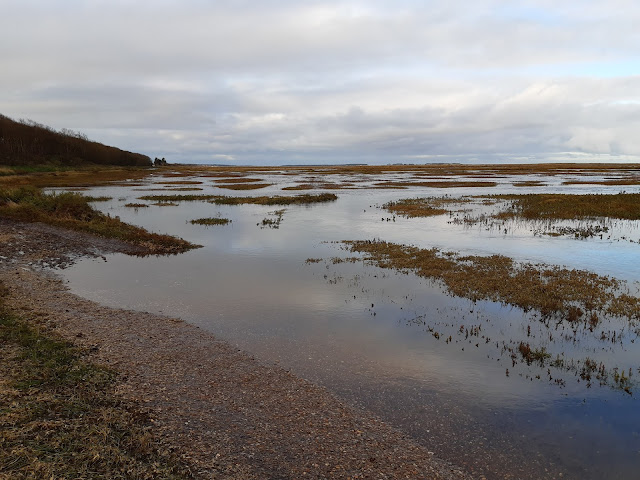 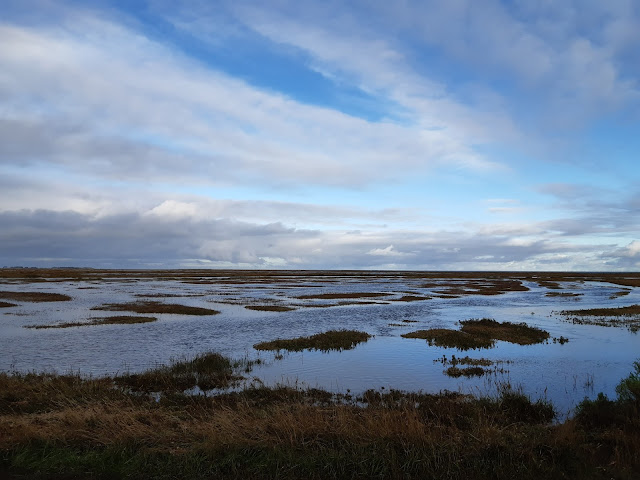 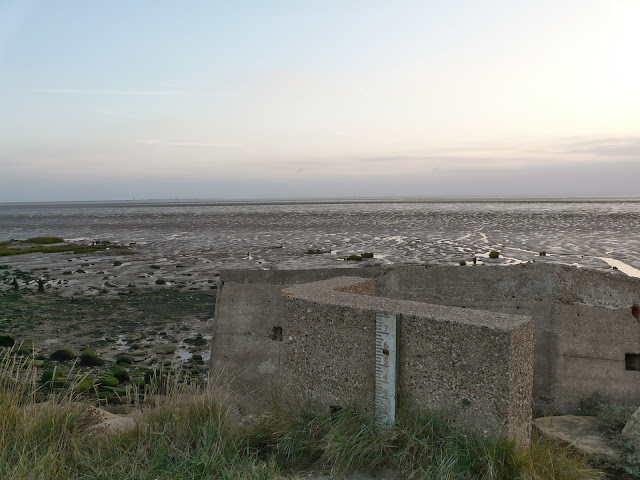 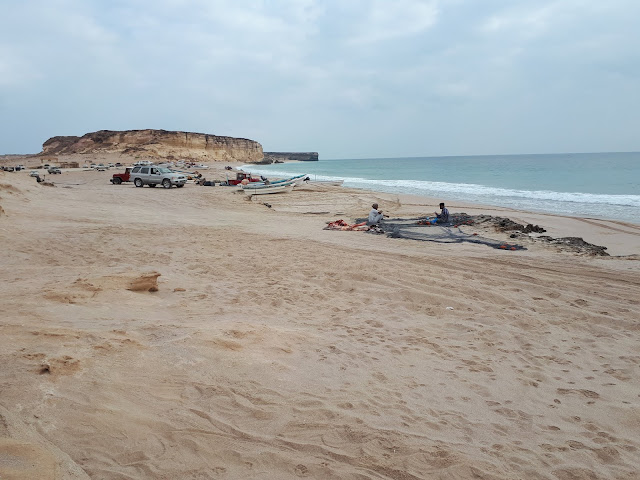 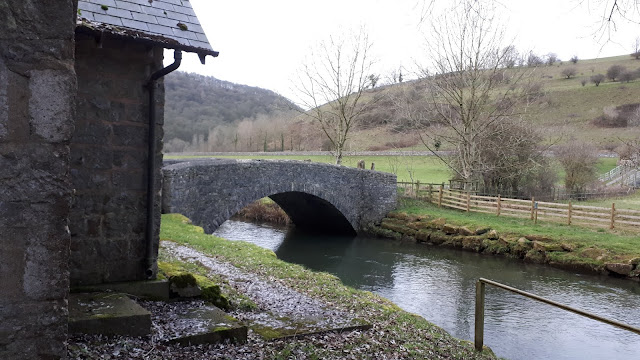 A couple of days in the Peak District to end off the year.  Driving up on the 30th arriving into the National Park, and setting off from the White Lodge Car Park for a river walk through Deepdale. The weather was a bit dreary but the steady flow of the river and the rolling hills made for a pleasant walk to the quaint village of Ashford-in-the-water.  Along the way, two Dipper were incongruously inactive by the river margins. The next day was a real treat with a trek up Mam Tor and the Ridge. The circular walk starts and finishes in Castleton with great views over the peaks from the trig point and the 'ridgeway'.  The wind was literally breathtaking, surging through the valley and over the tops, punching its weight into our bodies as we clumsily made our way along the beaten track.  A great experience.
Read more