A fabulous day in the Brecks that started grey and murky but quickly transformed into a fine clear day.  This was definitely the calm before the impending storm that is due to imminently hit our shores.

Now just an hour from home, Lynford Arboretum was the first stop.  Numerous Siskin surged through the alder canopy and at least six Brambling were rooting through the leaf litter at the feeding station with a few Yellowhammer and plenty of Chaffinch.

It's always great to see the Marsh Tit.  Such busy little birds. 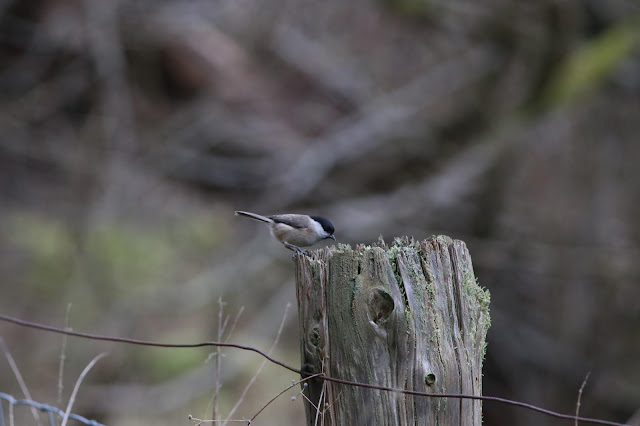 There was so much to see.  The frenzied Tit flocks contained Nuthatch and a few Goldcrest zipped within the pines.  A single Firecrest was also seen busily feeding within the conifers.

The Hawfinch was a sight to behold.  While a handful were seen feeding on the ground, a burst of spontaneous unease and a flock of at least 30 birds suddenly alighted flying into the adjacent trees.  By far the largest group I have seen in the UK.

En route toward the car park, two Tawny Owl roosted near the top of a pine, typically inconspicuous.

Heading through the car park and onto the heath, two Woodlark were testing out their vocals for the Spring season.  One of our finest songsters. 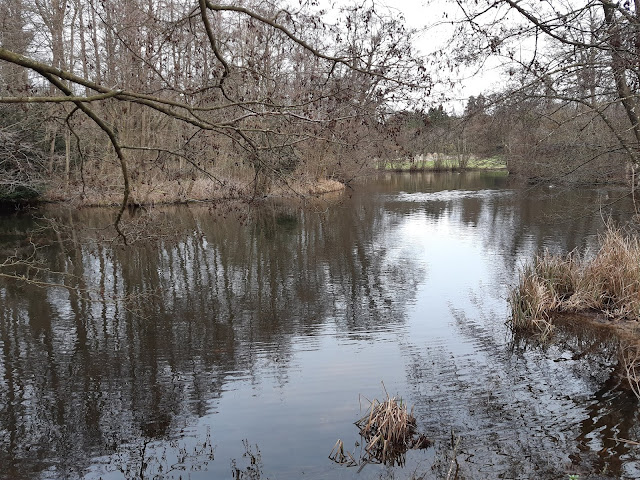 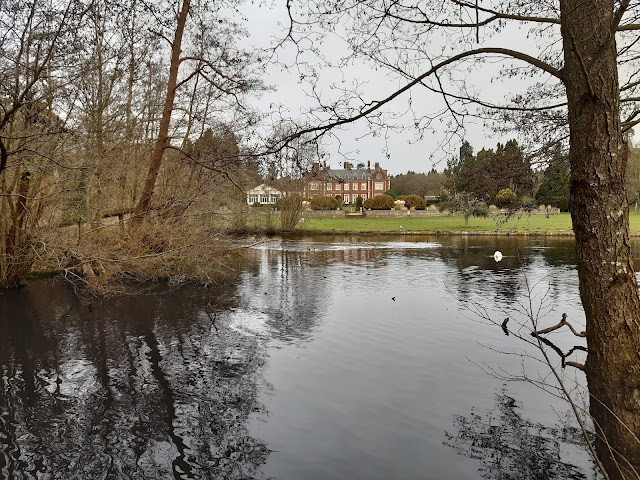 Moving onto Lakenheath Fen RSPB for the afternoon where the grey was replaced by blue with glorious views across the fen.

A Water Rail sped through into the reeds at the photography hide with at least a dozen Reed Bunting feeding on seed there.

I headed along the raised bank of the river past the Joist Fen.  There was hardly a soul around.

Two Great Egret circled the reedbed, heading back toward the fields.

Two Whooper Swan flew past was a little unexpected.

At least four Marsh Harrier were scouring the reeds, with both Cetti's Warbler and Bearded Tit heard but not seen.

The target was Crane and so it was great to see two fly past toward the fields adjacent to the reserve.

A Water Pipit flew from the marsh into the reeds to complete a fantastic day. 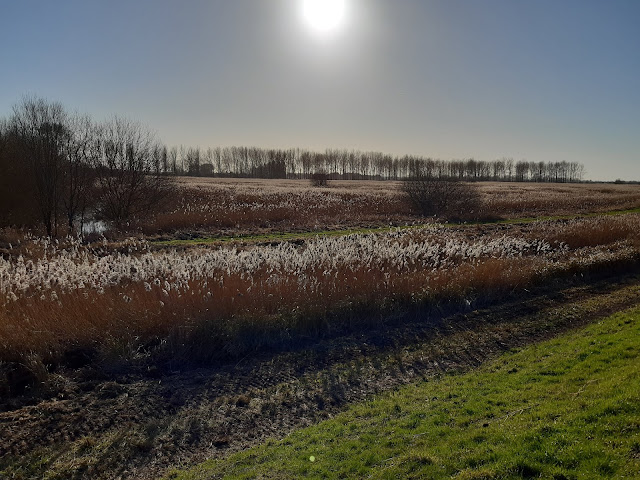 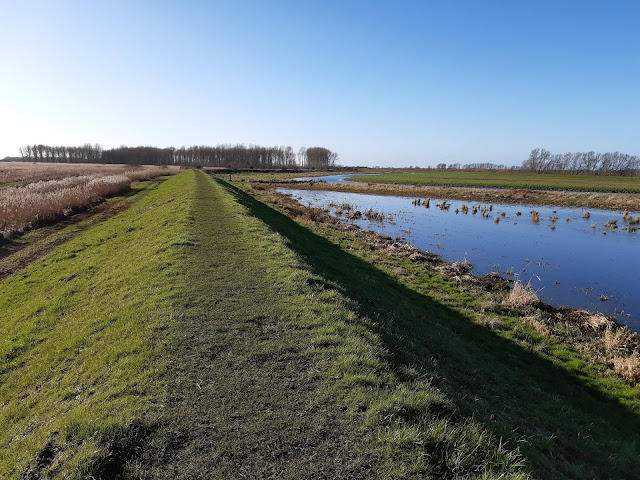 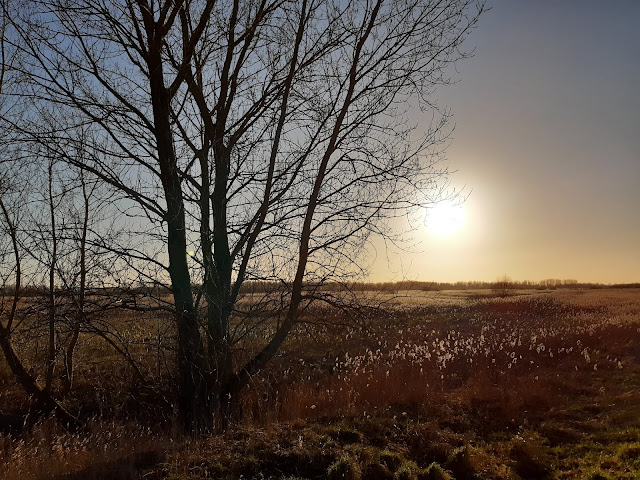 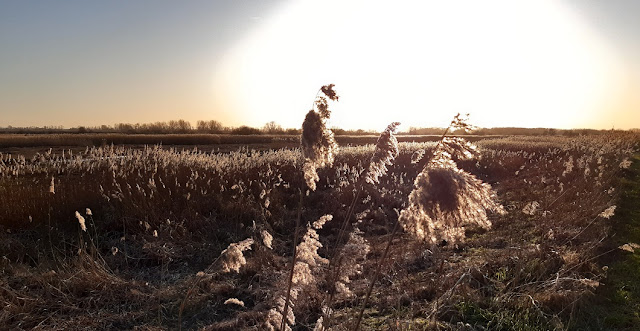 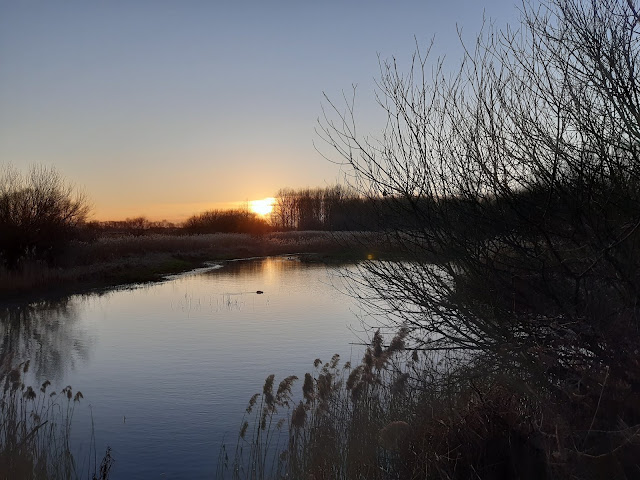 Posted by randombirder at 12:49 PM